Join the Literary Journalism Program, the School of Humanities, the Latin American Studies Program, the Conversations on Writing and Public Life Series, and The Krane for a talk about how bloggers are changing social activism in Cuba. Both political and literary in scope, bloggers such as Orlando Luis Pardo Lazo and his peers, among them the superstar dissident blogger, Yoani Sanchez, are changing what it means to write from, to, and about Cuba.

Orlando Luis Pardo Lazo graduated as a biochemist from The University of Havana, where he worked as a molecular biologist. His career trajectory was soon to change, however. Today, OLPL is freelance artist working in Cuba -- a writer of fiction and nonfiction; a journalist, photographer, and perhaps, most famously, a blogger -- not an easy feat under a regime that continuously censors internet access on the island. OLPL is the webmaster of Lunes de Post-Revolución (Post-Revolutionary Mondays -- orlandoluispardolazo.blogspot.com) and the photoblog, Boring Home Utopics (vocescubanas.com/boringhomeutopics). He also organized the first freelance documentary photography contest in Cuba in 2011, called Pais de Píxeles (Country of Pixels); he has received numerous literary awards in Cuba; and is the author of five short-story collections including, Collage Karaoke, 2001 and Boring Home, 2009. His photographs have appeared in the New York Times and other publications, both digital and print. 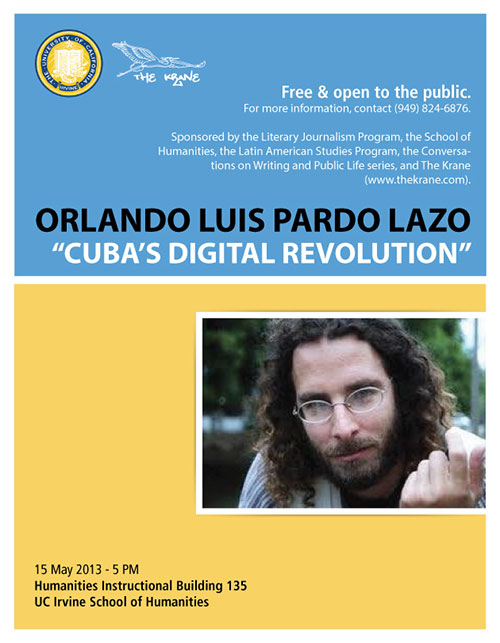