THE DEATH OF KINGS

An Encyclopedia at Circa28

The Death of Kings: an Encyclopedia at Circa28

“The Death of Kings: An Encyclopedia” is a tragi-comedy narrated by a Harlequin who creates a revisionist history of one of the most canonical works of centuries past: The Encyclopedia. Through a mixture of commedia dell’arte, comedy, and poignant reminiscence, the protagonist of the play is a contemporary 21st century “wise fool” who takes us around the globe, focusing on his journey from New Orleans to New York during the 9/11 disaster.

I have always been a fan of the theater, and last Sunday was no exception. I took in a show at Circa28 in the Wynwood Art District. “When did they start doing theatre in a bar?” you ask. I have no idea, but what I do know is that I am hooked!

“The Death of Kings”, written by Vanessa Garcia, takes us on a journey through the mind of a modern day harlequin as he decides to rewrite the encyclopedia. His task takes us on a heart-felt journey into his past. From thea Jazz clubs of Bourbon Street to the streets of Manhattan shortly after the towers came down. It is as if his soul can no longer stay quiet.

Vanessa's character, the White Harlequin, delivers a passionate monologue that is laced with satire and humor. Her memory, The Gold Harlequin, is played by Nicole Garcia. Her witty and even over more dramatic account of theWhite Harlequin's past enabled the audience to relate to and in many cases fall in love with this “wise fool”.

The fact that these two performers are sisters only added to the production. Their connection on stage was highlighted by the contrast of their character. They were supported by the improvisational skills of AJ Navarette who took on the roles of Hannah, Raymond, Nikki J, and Byron.

Under ground theater is how I could best describe it. The small lounge in the upstairs portion of Cira28 provided the perfect setting for this production. It reminded me of a Beatnik poetry bar where the entertainment is up close and personal.

I have seen shows in much bigger venues, but the connection I felt in the room that night was like nothing I have ever experienced before. Could it be that my attachment is due to the fact that this performance was dedicated to the families who lost their loved ones in the 9/11 tragedy? Considering that I am a Fire Fighter by trade, it very well may be.

I was a fan from the opening curtain. This type of intimate theater was fresh and fulfilling. If this production was any indication of the direction that the theater is taking in the streets of Miami then count me in. The concept of it all was ingenious. From the small bar in the back of the room to the smoke friendly environment, it is definitely the type of theater that I could get used to. Bravo!

FROM THE MIAMI NEW TIMES: 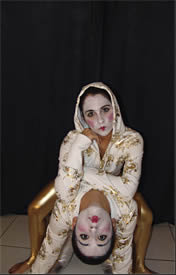 Hurry up and get thee to Wynwood -- tonight opens the one-weekend-only run of The Death of Kings: An Encyclopedia at Circa 28 . The Death of Kings is a nouveau-artsy parable about the impact of 9/11 on humanity, as told by the character of a Harlequin (an omnipresent literary character originating from half a century ago in the Italian commedia dell'arte movement). Don't know what any of that means? Doesn't matter. All you need to know is in this play, the Harlequin is a guy who bounces back and forth through time looking at his life, haunted by the memories of that fateful September day, and questioning what it all means. This is very conceptual theater, so everything is quasi-fantasy and surreal. And no, the play has nothing to do with Harlequin romance novels.

So attend the show, if for no other reason than to see AJ Navarette from the Laughing Gas improv theater perform a different role every time he walks on stage. It begins at 10:00 p.m., but get there earlier and have a drink. With all of this surrealism going on, you might need it. 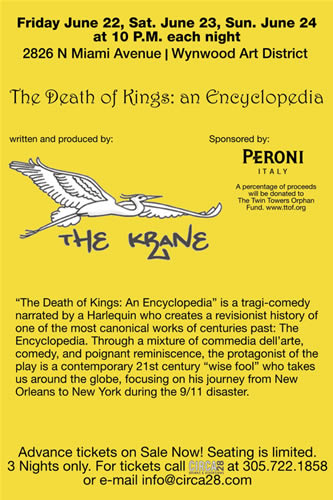 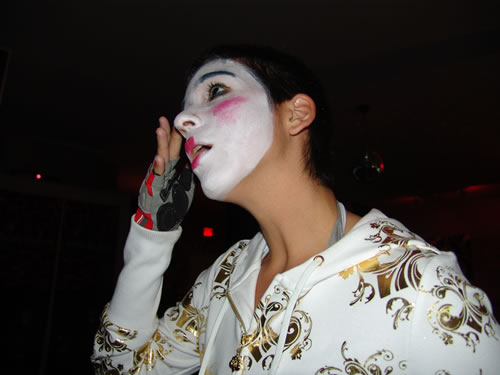 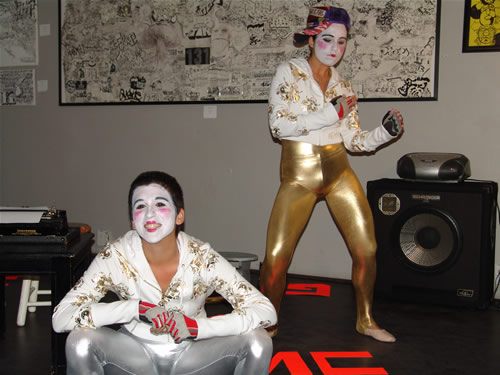 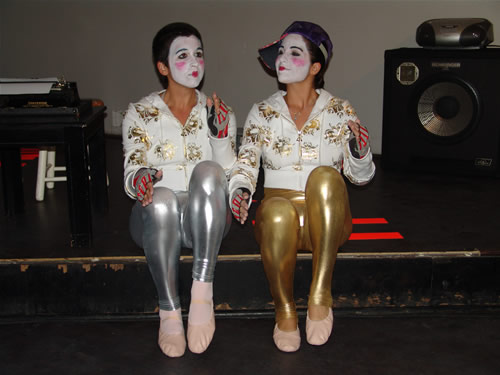